Christmas is a time for sharing and eating and taking time off from work. And watching lots of Christmas movies. And I guess if you want you can spend time with your family too. Although I’d rather spend the holidays with these ladies. 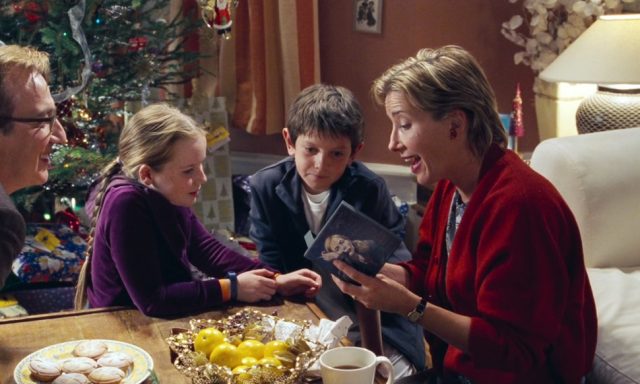 Is there anyone not on Karen’s side in this movie? She’s got to deal with her stupid husband buying presents for his receptionist and her brother, the Prime Minister, muddling his way through foreign relations, (and domestic relations..) making a lobster costume for her child and buying presents for her entire family and her ungrateful husband’s family? And she takes one (1) Joni Mitchell song length of personal time to cry before slapping on a cheery face and reaching for the ice cream. What a legend. There’s a lot wrong with this movie but Emma Thompson almost redeems it. 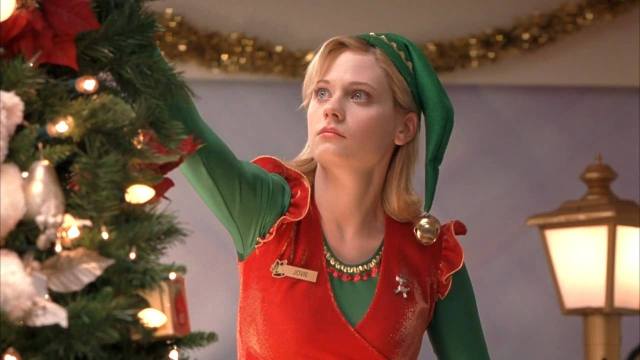 When New Girl started and there were complaints that Zooey Deschanel was playing “the same character” she always plays, I was surprised because to me she’ll always be Jovie. The sarcastic, bitter, BLONDE department store elf who saves Christmas with the power of song. There’s nothing “adorkable” about Jovie. She’s just over it. Over Christmas, over men, over paying for indoor plumbing, over Santa, over everything. But when she meets some weirdo who claims to be a “real” elf, she might just find a little Christmas cheer after all.

I don’t like this movie that much. I think they made Sarah Jessica Parker too cold and socially awkward to be sympathetic and the idea of the two sisters just swapping boyfriends at the end and everyone carrying on with their lives is… bizarre. They still have to see each other! Like, all the time! However, much like Emma Thompson, Rachel McAdams almost redeems this whole blessed mess. Amy, the youngest of the five Stone siblings, is an absolute brat and I love her for it. She’s mean, surly, demanding, and she relishes in the pain of others. And she has a soft spot for Paul Schneider so I know in my heart we will be best friends.

Is Little Women technically a Christmas movie? I mean, look, yes it spans several decades (so many Christmases) but when it starts, the March family are celebrating Christmas. They’re exchanging gifts and singing carols and all, right? And doesn’t it just feel like a Christmas movie? And if it gives me an excuse to talk about Jo March, isn’t that reason enough? Winona Ryder has a real knack for playing outsiders that spoke to a generation of weirdos. I identified so much with Jo while growing up. Tomboy? Check. Writer? Check. Flies into a rage at the slightest inconvenience? Check. Best friend proposed to me and I refused and then he married my sister? Okay that one not so much. Moved to New York and fell in love with a German professor? THERE’S STILL TIME.

In the world of Carol, you would be think one would be more interested in forming a friendship with Carol, and you may choose to do that in your own girl gang, but I think I would have more in common with Therese. She thinks she’s figured out what she wants when Carol appears like a vision and steps into her world. She complains that she’s too passive and she just “goes along” with what anyone suggests but she makes a choice, a real choice that is hers alone, to pursue Carol even before she understands what she’s chasing. Rooney Mara can do so much with just a look or a glance and she plays Therese as someone who just arrived at a party they forgot they were having. After I read the book I had a lot more appreciation for what was going on in her head while surrendering to her feelings for Carol and acknowledging that she may never get a happy ending. And really, what’s more Christmassy than that?